In happier times, the G7 summits could be spoiled and ignored. The last carries the thrill of historical failure. The gathering in the Bavarian Alps confirms our worst fears about the decline of the West. The free world’s commitment to freedom has wavered. It now seems almost official that the West lacks the unity and will to prevent the annexation of Ukraine by Russia. Nor does it have a coherent response to the rise of China.

Vladimir Putin, as things stand, is well on his way to achieving his ultimate ambition of shattering the illusion of a liberal world order, so that the world splits into rival spheres of influence. It’s because we seem to have lost our temper, just as the invasion of Russia enters a grim new phase of attrition warfare. Currently, Ukraine urgently needs ammunition, Western long-range artillery pieces and armored fleets. Given NATO’s stocks are depleted and obsolete, delivering decisive aid would require serious investment and willpower – something the West doesn’t seem quite capable of mustering.

The reason is dark: Europe’s elites are more interested in pursuing narrow interests than the common good.

Germany has missed its best opportunity to send the message that it is finally ready to fulfill its obligations of leadership on the world stage. With the G7 taking place at home, it was a great opportunity for Chancellor Olaf Scholz to draw a line under the dismal commercialism that has shaped Berlin’s foreign policy and officially abandon Nord Stream 2. Instead, Speaking at the conference, Scholz remained stubbornly vague about how Germany would “stand” with Ukraine as it is criticized for dithering on sending arms.

Meanwhile, Emmanuel Macron remains attached to the vain illusion that Europe can use Russia as a buffer against American hegemony. With the Kremlin now an outcast in disgrace, such an idea may seem absurd. The fact is, however, that Paris has long dreamed of a France-Germany-Russia alignment that could break through US dominance, allowing a benevolent multipolar world to prevail.

Nor does the United States seem to have the energy to rally to the cause. At the G7, Joe Biden failed to even inspire consensus on banning Russian gold imports.

The West is therefore sleepwalking towards disaster. The notion of a liberal-dominated world order is already debatable. With the fall of Ukraine, that would be laughable. American authority would be destroyed. The idea that NATO can keep peace on the continent would be demolished. The EU would be sidelined at best, an irrelevant economic entity in the military era. At worst, it would implode once Eastern European countries realized that Berlin would willingly risk their security to serve its own commercial interests. China would be emboldened. He might even seize this moment to take Taiwan.

Obviously, this is a scenario to be avoided at all costs.

But here’s the killer question: why are Western technocrats failing to defend the liberal world order? Is this a failure of cosmic leadership – a reflection of the fully automated cretinism that today passes for technocratic managerialism? In part, but we must also take into account the precipitous decline of neoliberalism over the past decade.

Neoliberalism, for all its faults, was the religion of freedom that once united the Western powers. He had two sacred principles. First, that human well-being is best promoted by entrepreneurial freedom, which can only be guaranteed by free market structures. Second, that the spread of free markets would organically lead to liberal democracy, ushering in a new era of unprecedented harmony.

Now, however, these ideas are being challenged not only by people like Russia and China, but also by conservatives and leftists at home. With the loss of its guiding ideology of freedom, Western elites are going through a crisis of faith.

Some of the criticisms of neoliberalism are justified. Like all ideologies, it is rigid. Conceived as an antidote to the populist socialism of the 1970s, it also carries with it a cancerous mistrust of sovereign democracy, which he believes must be intertwined so as not to interfere with the cause of global free markets. Friedrich Hayek called popular sovereignty an “absurd notion”; Milton Friedman called the majority a “fundamental threat to freedom.”

Of course, the truth is that free market globalization is only sustainable with democratic support. It was this single intellectual mistake made by otherwise brilliant minds that ultimately led neoliberalism to implode in the face of the financial crash and subsequent rise of populism.

Yet the demise of neoliberalism has created a big problem. The West has lost all faith in the sacred power of freedom. And as the West will lose its faith, so will the rest of the world.

It is therefore more important than ever to get the message across that freedom matters. There is a mountain of empirical evidence that freer nations tend to be wealthier and that free trade is a force for good.

When it comes to the cause of freedom, the global stakes have arguably never been higher and the odds are up. Rather than pour billions into a competing China Belt and Road project, as announced at the G7, the West must show it is committed to free trade that drives prosperity.

If only people like Britain dropped populist tariffs on things like steel, it would do a lot more to bring developing countries into the liberal fold.

The problem is that the world has fallen back on a strange gutted version of neoliberalism, emptied of all its sacrosanct ideas of individual liberty and free trade. What remains is a ruling class attached to technocratic managerialism, devoid of guiding principles. It is now our elites, rather than the markets, who are in charge. It is a heavy burden to impose on mediocre men. They seem ready to crumble under the pressure.

Previous Quality and Quantity Analysis of the Inflight Advertising Market

Next What is the "special debt" used by China to stimulate its economy? 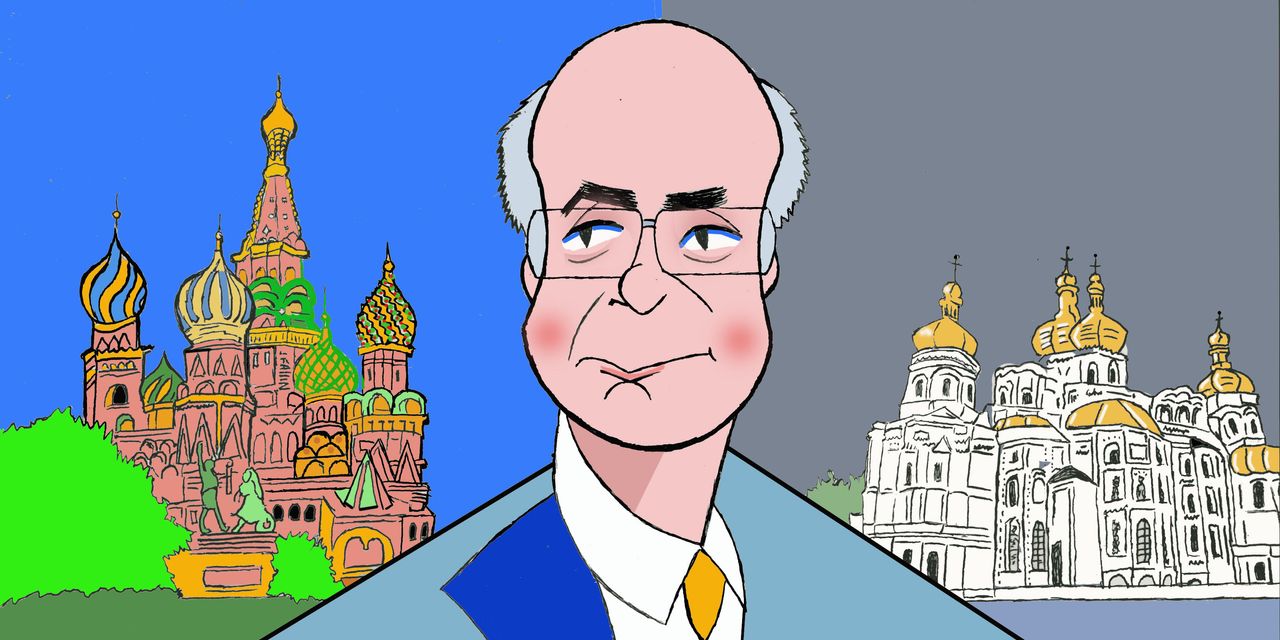