Micrima issued convertible bonds with a maturity of three years and a coupon of 8% to the AIM-listed investment company.

Micrima is a commercial company that has developed a new imaging method, the MARIA system, based on radiofrequency technology to improve the early diagnosis of breast cancer.

2:25 p.m .: COPL is preparing to finalize the acquisition of Atomic Oil and Gas

Canadian Overseas Petroleum Ltd (LON: COPL, CSE: XOP) rose 6.8% to 0.37p after the announcement of the closing of the acquisition of Atomic Oil and Gas.

The Atomic deal is worth a total of $ 54 million, including a deposit of $ 1 million, $ 26 million in assumed debt, $ 23 million in debt and cash payments, plus 4 million US dollars in shares.

Following the placement, Indigo shareholders will hold 7,307,692 ordinary shares of the company.

ScS Group PLC (LON: SCS) jumped 6.5% to 247p on the basis of interim results which benefited from pent-up demand from the first lockdown.

The furniture maker said the first half of its current fiscal year saw a record performance with revenues up 14.4% year-on-year to £ 173.9million and pre-tax profit of 17.7 million pounds sterling compared to a loss of 0.6 million pounds the previous year.

11:40 am: IronRidge in demand after identifying multiple lithium targets

Targets were identified alongside the Ewoyaa lithium project (ELP) in Ghana.

Arc Minerals Limited (LON: ARCM) jumped 16% to 8.75p after 75.8 million stock options were ceded by members of its management team.

The move will eliminate the possibility of stock dilution, Arc said.

Stock options are currently “in the money”, so those who forfeit the options will receive compensation over the next three years.

9:50 am: Ferro Alloy still benefits from the investment of the former boss of Xstrata

Ferro Alloy Resources Limited (LON: FAR), up 24% to 18.75p, soared for the second day in a row thanks to news on strategic investments.

Yesterday, the vanadium mining and processing company entered into a subscription agreement of up to US $ 12.6 million with Vision Blue Resources, a company led and founded by former Xstrata CEO Sir Mick Davis, and a limited number of co-investors.

Shares ended last week at 10.6 pence and have now nearly doubled since yesterday’s announcement, which also revealed Davis would join the board as chairman.

8:55 am: Gulf Marine Services increases as banks give it a break; Kore Potash mystified by the soaring share price

The cash-strapped offshore oilfield support service provider has agreed to new terms with its six banks, which is expected to save the company around US $ 53 million in interest payments over the two years preceding the end of 2022.

The interest rate will rise again at the end of 2022, but the new deal gives the company time to raise the US $ 75 million it seeks to raise through the issuance of new shares.

The company told ASX that it does not know of any reason for the stock price spike.

Coinsilium Group Ltd (LON: COIN) provided an update on the progress of its first non-fungible token (NFT) business project as well as the upcoming release of the Gibraltar and Gibraltar cryptocurrency postage stamp. ‘NFT collector’s item.

AFC Energy PLC (LON: AFC) said it has signed a partnership with international construction and consulting firm Mace Group to support the transition to zero-emission hydrogen generators for construction sites.

Sirius Real Estate Limited (LON: SRE) will acquire a business park in Essen, Germany, for € 10.71 million as part of a sale-leaseback transaction. The business park is currently 80% leased and generates total annualized rental income of around € 830,000, for an average rent of € 5.85 per square meter (parking included).

Inspiration Healthcare Group PLC (LON: IHC) said a Japanese distributor placed an initial order of £ 400,000 for its high-end neonatal ventilator after the technology received regulatory approval in the country.

Empire Metals Ltd (LON: EEE) has set out a schedule of additional work on its Eclipse gold project in Western Australia, including additional structural interpretations to support updated wireframes and vein modeling, modeling and resource estimation and preliminary opencast mine optimizations.

Salt Lake Potash Ltd (LON: SO4, ASX: SO4) said development on its Lake Way project in Western Australia was 81% complete at the end of 2020 with first production expected in the fourth quarter of this year.

Bango PLC (LON: BGO), the data-driven trading company, said revenue and profits were above expectations in 2020.

KRM22 PLC (LON: KRM) praised the “dramatically improved” financial performance for 2020 as the company almost broke even as it increased revenues despite the challenges of the year.

Helium One Ltd (LON: HE1) has started acquiring seismic data on the Rukwa project in Tanzania. The company mobilized a data acquisition team, vibroseis trucks and geophones to undertake 150 kilometers of 2D infill seismic targeting several styles of trapping.

Scirocco Energy PLC (LON: SCIR), which owns a 12% stake in Helium One, also reported the update to its investors.

San Leon Energy PLC (LON: SKLE), the independent oil and gas production, development and exploration company, has briefed the market on its operations in Nigeria. The company is due to be repaid US $ 98 million in loan notes this year.

Capital Ltd (LON: CAPD) announced the award of two new three-year long-term contracts to the Geita gold mine in AngloGold Ashanti in Tanzania, including the continuation of surface delineation and control services. open pit grade, in addition to the control and delineation of underground grade drilling, with an expanded scope for underground drilling activities.

Canadian Overseas Petroleum Ltd (LON: COPL) (CSE: XOP) announced that the acquisition of Atomic Oil and Gas is expected to close on Tuesday.

Thani Stratex Resources, a company in which Oriole Resources PLC (LON: ORR) has a 24.92% stake, has signed a firm agreement with private investment firm Red Sea Resources Ltd regarding the Hodine license in Egypt. Red Sea Resources will secure an 85% stake in Hodine, which is currently 100% owned by the local Egyptian subsidiary of Thani Stratex, in exchange for paying all unpaid fees and charges and making milestone expense commitments totaling $ 2.2 million.

Medical specialist Polarean Imaging PLC (LON: POLX) has announced its intention to raise a minimum of £ 20million through a placement and an open offer of new shares.

Conroy Gold and Natural Resources PLC (LON: CGNR) said it plans to raise around £ 2.25million, in part to fund the proposed joint venture with Demir Export AS and to meet the commitments and associated costs of the various company licenses in Ireland and Finland.

Coro Energy PLC (LON: CORO) has received valid acceptances and excess requests for a total of 37.2 million shares under its open offering, which closed yesterday. Shareholders were able to subscribe at 0.4p per share on the basis of one new share for six existing ordinary shares held.

Intellectual property marketer Frontier IP Group (LON: FIPP) hailed an appointment to the board of directors of holding company Alusid as “invaluable”.

Destiny Pharma (LON: DEST) announced that it has completed the “data lock” of its Phase 2b clinical study testing its XF-73 nasal gel as a new product for the prevention of post-surgical infections such as MRSA caused by Staphylococcal aureus and is expecting to announce the results of the study at the end of this month. Clinical-stage biotechnology also announced that it will announce annual results for 2020 on Wednesday, April 14, 2021.

Next German investor morale improves as broad recovery is expected 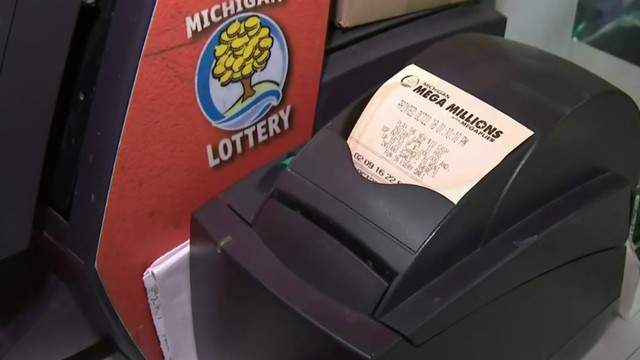